Grammy award winner Burt Conrad has gained national recognition as a blazing blues and swinging jazz guitarist, a soulful pop singer/songwriter, and hit-making record producer and engineer. Now he is reaching new heights as a sultry and seductive Latin crooner. His seventh and latest CD, ES Tiempo – It’s Time, has Burt fronting a world-class Latin orchestra. From merengue to salsa, bachata to cha cha, Burt captures the essence of old-school Cuban son, danzon, mambo and more, with a modern, fresh and original delivery. His pulsating, feel-good music will most definitely get you on the floor dancing.

Burt Conrad’s performance at The Cutting Room in NYC on Friday, January 19th, 2018 could have very well been held in Havana, Cuba, in the 1950’s.  The venue itself, intimate and sultry added to the nostalgic feel of the entire evening much like the back-up dancers, who kept the crowd dancing throughout the night. “Es Tiempo”, or It’s Time, Burt’s new release is energetic, soulful and rhythmic in a way that speaks to all of us. The message is one of positivity and although it leaves the interpretation to the individual listener, it creates a mantra that we can all relate to; that which says, the time is now to put all past that doesn’t serve us aside. The band, the backup singers and Burt, whose energy flowed and transcended to the audience, maintained the focus with unending energy.  Above all else, it was Burt’s sultry, effervescent voice that tied all the elements together. The only flaw of the performance was that it didn’t last long enough.  At the end of the only set, the crowd cheered and screamed “otra!, otra! one more!, one more!. I think I speak for the entire audience in saying, we can’t wait for the next performance! 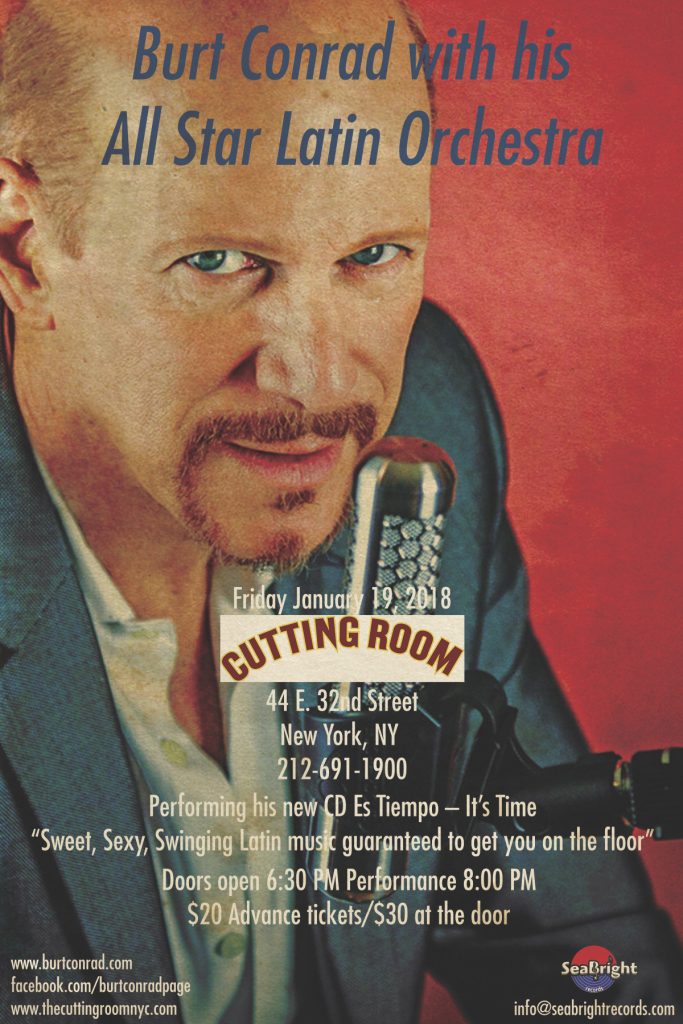