REACHING OUT TO YOU 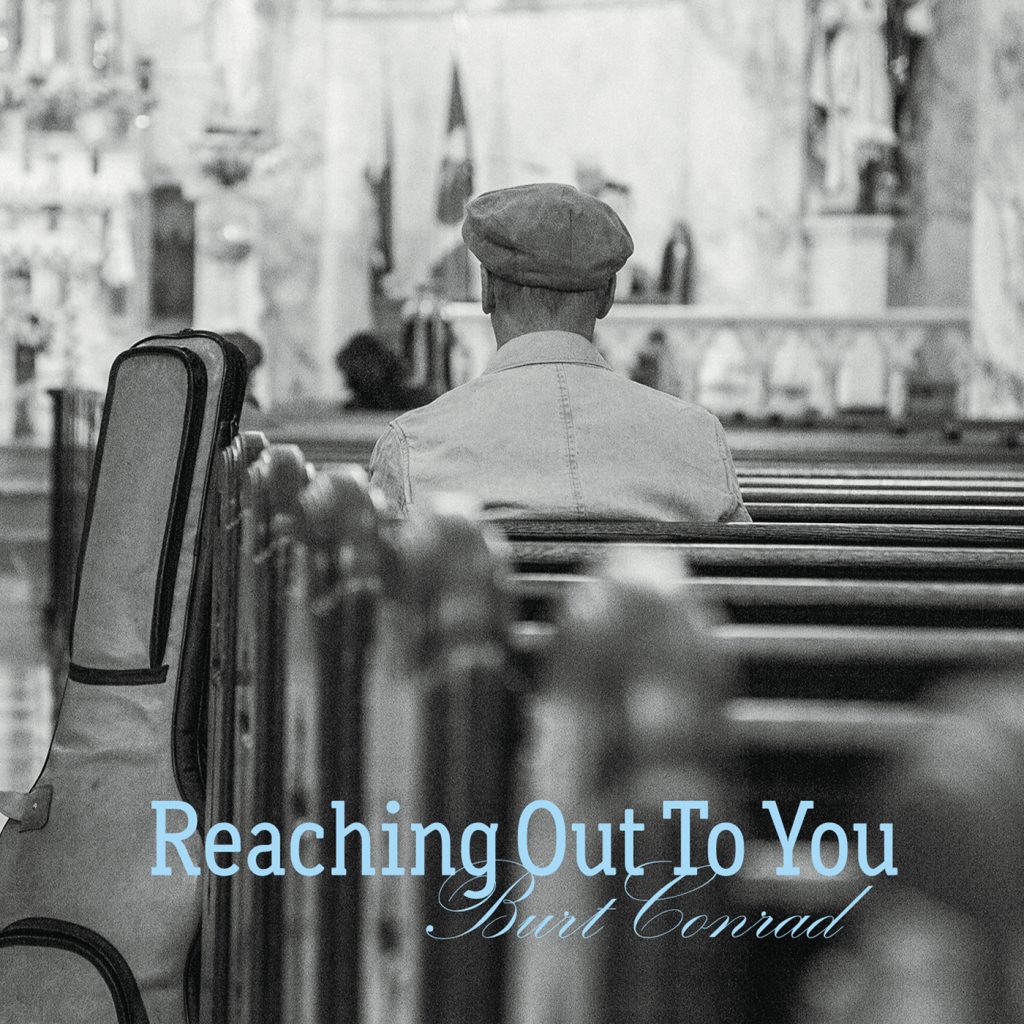 October 4, 2015
Burt Conrad
Sea Bright Records
Producer: Burt Conrad
Number of discs: 1
Buy CD
1.If You Don't Know Me
2.My Rock and Redeemer
3.It's Never Too Late
4.I Seek Your Love Jesus
5.I Sing Praise
6.Give Me One Reason
7.Come To The Lord
8.Follow In Jesus' Way
9.Reaching Out To You
10.Let The Rain In
11.Take My Hand
12.In A Wonderful Way

Burt Conrad’s deeply spiritual album is infused with his love of multiple genres to conceive a catchy, fresh and contemporary sound. Far from the ordinary, Conrad creates original compositions that take classic Christian themes and arranges them into timeless songs across a rich and varied musical landscape.

Conrad’s mastery of multiple styles, genres and instruments are hallmarks of his style. Songs like “If You Don’t Know Me” take a 50s rock sensibility combined with 60s folk sound and backs it up with a full gospel choir. Other songs, like “My Rock and Redeemer” or “Follow In Jesus’s Way” take modern rock influences reminiscent of Billy Joel to create worshipful melodies with an upbeat sound. Unexpected edgy vocal stylings and catchy guitar licks pay homage to David Bowie, while at the same time making a sound all its own in “Reaching Out To You”, the track for which the album was named.

Conrad’s album doesn’t stop with uniquely American sounds of soul, rock and pop – Conrad also composes reggae and salsa arrangements in tracks such as “Let The Rain In” and “Take My Hand”. Yet, at the same time, Conrad also pays homage to classic gospel sounds of the past, such as in the simple piano and organ accompaniment of “Give Me One Reason”. By creating such a textured and diverse playlist, Conrad takes his deeply held spiritual convictions and turns them into an unexpectedly catchy and moving musical experience. The album celebrates salvation and the heartfelt gratitude of living joyously by the grace of God.