Burt Conrad is a Grammy winning singer, songwriter, guitarist, keyboardist, arranger, engineer and producer. He began his professional career at the ripe age of 13 (then Burt Szerlip) forming his soul band Mocha. Mocha played throughout New Jersey in dance clubs, high school dances, proms and outdoor festivals (Burt’s parents drove him to the gigs).  At 15 years old, the Fours Seasons brought Mocha into Vantone Studios to record 3 Burt Conrad penned songs. The recordings created great interest in the band. At the same time, Mocha won a state-wide battle of the bands with the winning prize being an appearance on the Dick Cavett show. To Burt and the band’s dismay, the producers of the battle of the bands never delivered on the Dick Cavett appearance. Burt’s father then encourage him to get a job in the music business so he could network with music business people to advance his career. Burt was driven to make his own hit records so he decided to get himself a job in a recording studio where he could learn the craft of making hit records. He pounded the streets of New York City for two years knocking on recording studio doors looking for a job when a freak meeting in an elevator with the studio manager of Record Plant Recording Studios lead to a job there (after convincing management that he would be able to live on the $80/week salary they were going to pay him).

Burt started in the studios placing pads and pencils in the studio control rooms for the record producers and was responsible for providing the tapes to be used for the recording sessions. Once in the studios and with the help of some very gracious engineers, Burt learned about microphones and the operations of the tape machines and recording consoles. Soon he was assisting engineers on such great recording sessions as John Lennon’s Mind Games, Lou Reed’s Berlin, Alice Cooper’s Schools Out, Aerosmith’s Get Your Wings and The Raspberries’ Side 3. Meanwhile, Burt continued to pursue his own musical interests bringing in his rock band, Skate, to record several of his songs at Record Plant. Again, the recordings created great interest in the band and Burt decided to take a hiatus from Record Plant and work on completing an album’s worth of material with the hopes of returning to Record Plant to record them. Unfortunately, after a year of polishing the band’s Burt Conrad and singer Barry Dempsey’s material, the bass player of the band became seriously ill and was unable to do the recordings.

Burt returned to the New York studios, this time acing an assistant engineering position at legendary producer and engineer Phil Ramone’s A&R Studios. Burt worked day and night at A&R recording 3 to 4 jingles during the day for such companies as McDonald’s, Burger King, Kentucky Fried Chicken, NBC and many more. At night, he would assist in recording albums by James Brown, David Sanborn, Horace Silver and many more. Burt’s mission was to work with as many engineers as possible to help him hone his craft. He worked with engineers Jay Messina, Shelly Yakus, Roy Cicala, Elliot Scheiner, Jack Douglas, Donny Hahn, Carmen Rubino, Rich Blakin, and John Curcio. A chance meeting with Phil Ramone in the hallways of A&R lead to Burt becoming Phil Ramone’s assistant engineer for 2 years. He assisted in recording the Grammy winning Paul Simon album Still Crazy After all These Years, Stephanie Mill’s For The First Time and Albert Hammond’s 99 Miles From LA, both written and produced by the legendary songwriters Burt Bacharach and Hal David, the Broadway cast album of Chicago and the Atlantic Records famed principal Jerry Wexler produced The Wiz along with the movie soundtracks of The Stepford Wives and Marathon Man. Another chance meeting with West Coast producer/engineer Bill Schnee lead to a chief engineering position at LA’s premier Davlen Recording Studios.  There Burt engineered and assisted in the making of Barbara Streisand’s A Star Is Born, Art Garfunkel’s Breakaway and Boz Scagg’s Silk Degrees, the movie soundtrack of Car Wash, written and produced by Motown great Norman Whitfield and Les Dudeck’s Les Dudek produced by Boz Scaggs. Burt then returned to New York to record and mix Journey member Jonathan Cain’s solo album Windy City Breakdown at manager Albert Grossman’s Bearsville Recording Studios. Returning to LA and taking a staff engineering position at the famed Kendun Recorders in Burbank, CA, Burt engineered the Stevie Wonder and Leon Ware written and produced Syreeta Wright album One To One and Italian superstar Lara Saint Paul’s Like Love written and produced by Leon Ware.

Burt then formed and toured with the Burt Conrad All Stars. With Burt on vocals, guitar and keyboards, the band included legendary drummer Bernard “Pretty” Purdie, Michael Hill’s Blues Mob keyboardist and vocalist E.J. “The Professor” Sharpe and bassist Pete Cummings along with Latin percussionist Nelson Rodriquez. The All Stars released two CDs, A Soulful Journey and Forward Looking Backwards on Sea Bright Records in which Burt explored his musical roots in soul, jazz, R&B, reggae, rock and pop. Burt penned, engineered, arranged, mixed and produced all of the All Stars original material. He then released his first solo record, Home At Last consisting of twelve Burt Conrad original songs which he arranged, engineered  and produced with the musical backing support of the Burt Conrad All Stars which now included Osaka, Japan born keyboardist extraordinaire Miho Nobuzane. Burt then released the EP It’s A Sure Thing consisting of four Burt Conrad original tunes performed in Latin rhythms by his Burt Conrad Latin Explosion band with horns arranged by Marc Anthony’s guitarist, trumpeter and musical director Angel Fernandez and Marc Anthony’s child prodigy keyboardist Ricky Gonzalez. Burt then released the Gospel and Worship CD Reaching Out To You consisting of 12 Burt Conrad original songs delivered again with the musical backing support of the Burt Conrad All Stars. On Burt’s most recent CD, Es Tiempo – It’s Time, Burt again enlisted Latin greats Angel Fernandez and Ricky Gonzalez but this time for production and arranging and delivers eight outstanding Latin grooved tunes. The CD consists of four Burt Conrad penned original songs along with covers of two Latin standards, “Es Mi Nina Bonita” and “Como Nunca Nadie” along with covers of Todd Rungren’s “I Saw the Light” and Broadway’s Pippin “Corner of the Sky”. Burt sings in English and Spanish while the Latin music’s finest musicians authentically execute the Latin rhythms of Merengue, Cha-Cha, Salsa, Bolero, and Danzon.

Sister Sledge We Are Family – Engineer

Phoebe Snow Against The Grain – Engineer

Syreeta Wright One To One – Engineer

Aerosmith Get Your Wings – Assistant Engineer

Hudson River Rats Get It While You Can – Mastering Engineer 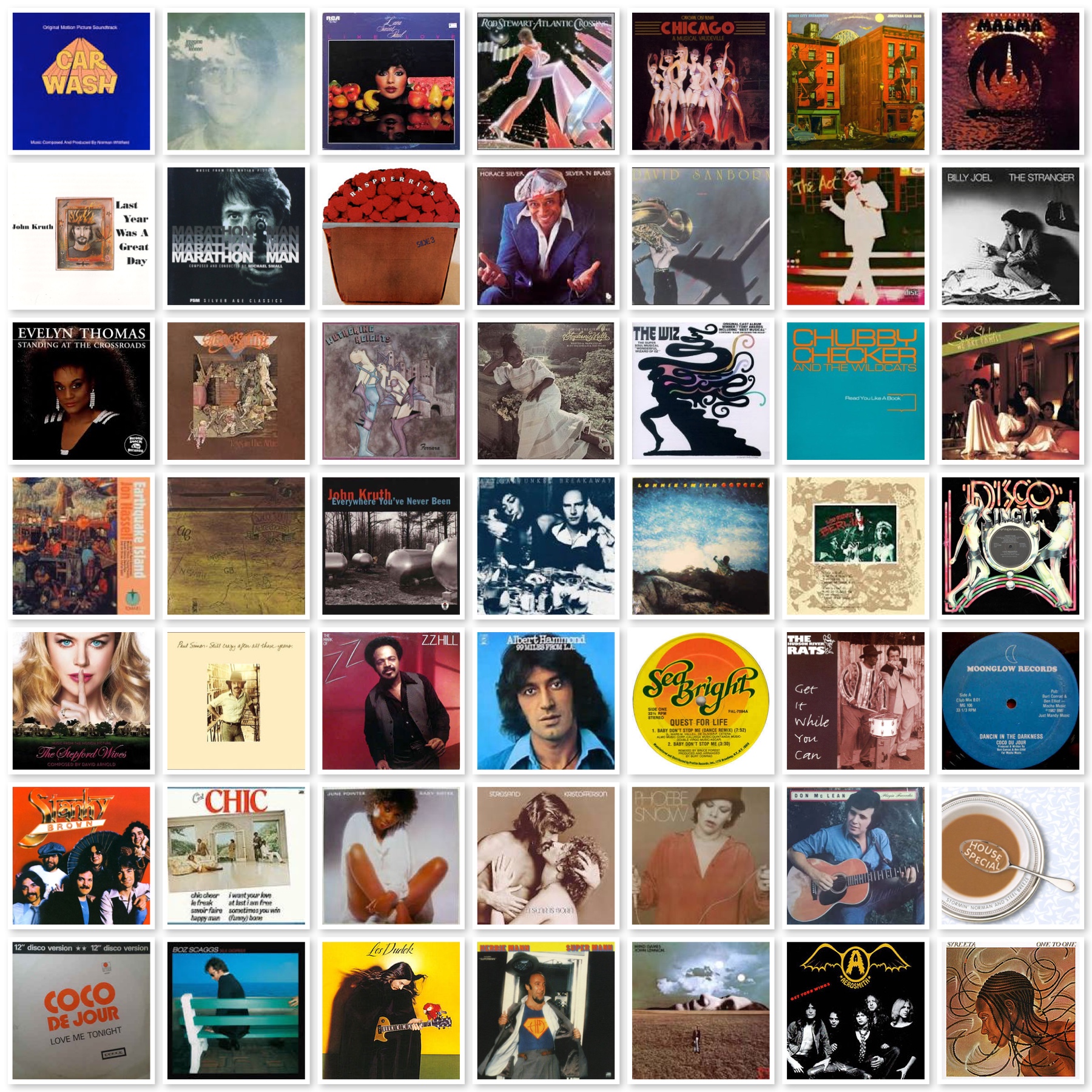